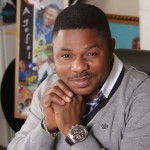 Gospel musician, Yinka Ayefele has most times celebrated his birthday in grandeur, but this time around he has hesitated to celebrate it big, hereby leaving many in an aura of mystery.

Penultimate Friday, we gathered exclusively that the ‘Next Level’ crooner had a low-key birthday bash with some of his family members and few friends at his Yinka Ayefele’s Music House in Ibadan, Oyo State. Those at the party revealed that it was more of a churchy event as the artiste made use of the day to praise God.

Fresh scoops reaching also revealed that the artiste is currently unhappy with himself even as he celebrated his birthday. The major source of his worries according to insiders is rooted in his dwindling business empire. It would be recall that the Oyo State government had recently marked his event place for demolition and this is said to be bothering him seriously. Another side to his worry is the sorry state of his dreamed radio station which had refused to see the light of the day based on Nigeria’s Broadcasting Commission’s (NBC) refusal to grant him an operating license and FM allocation as to commence operation locally. But at the moment, Fresh FM is in full operation online.