There was serious drama today along Efeizomor Street, Boji-Boji Owa, Delta after a woman placed a snake charm in front of the shop of a lady who’s allegedly sleeping with her husband.

According to reports, the guy who’s based abroad abandoned his wife with three children for the young lady.

His unhappy wife reportedly prepared the charm and placed it in front of the lady’s shop, to cast a spell on her and make her stay away from her husband.

Photos and Video below; 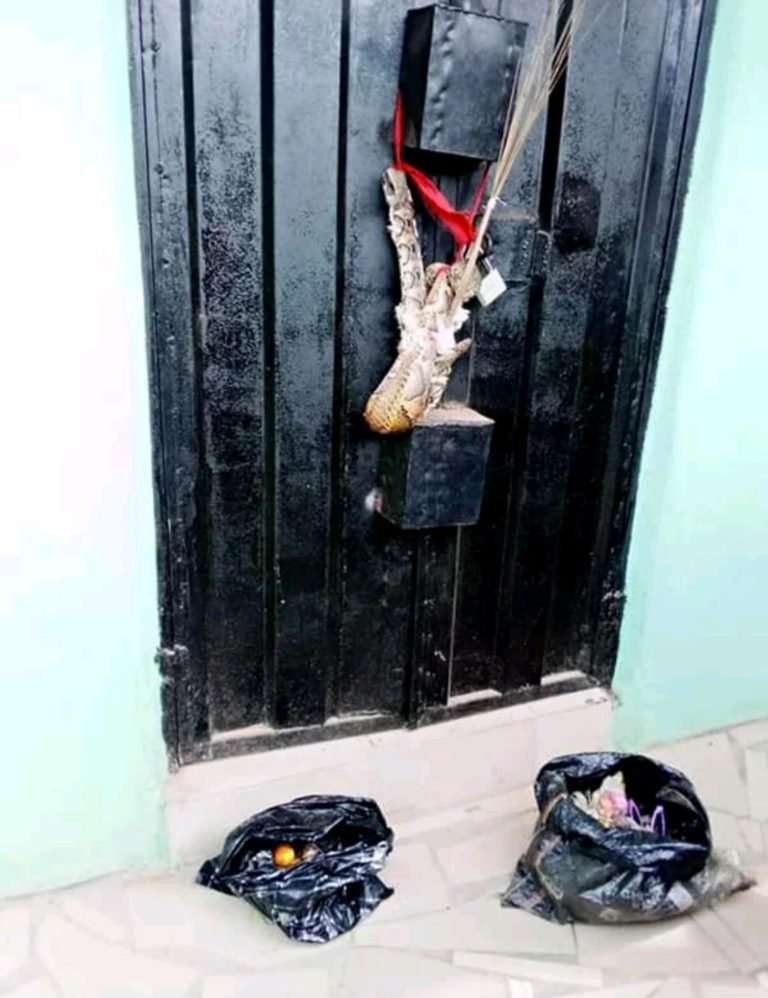 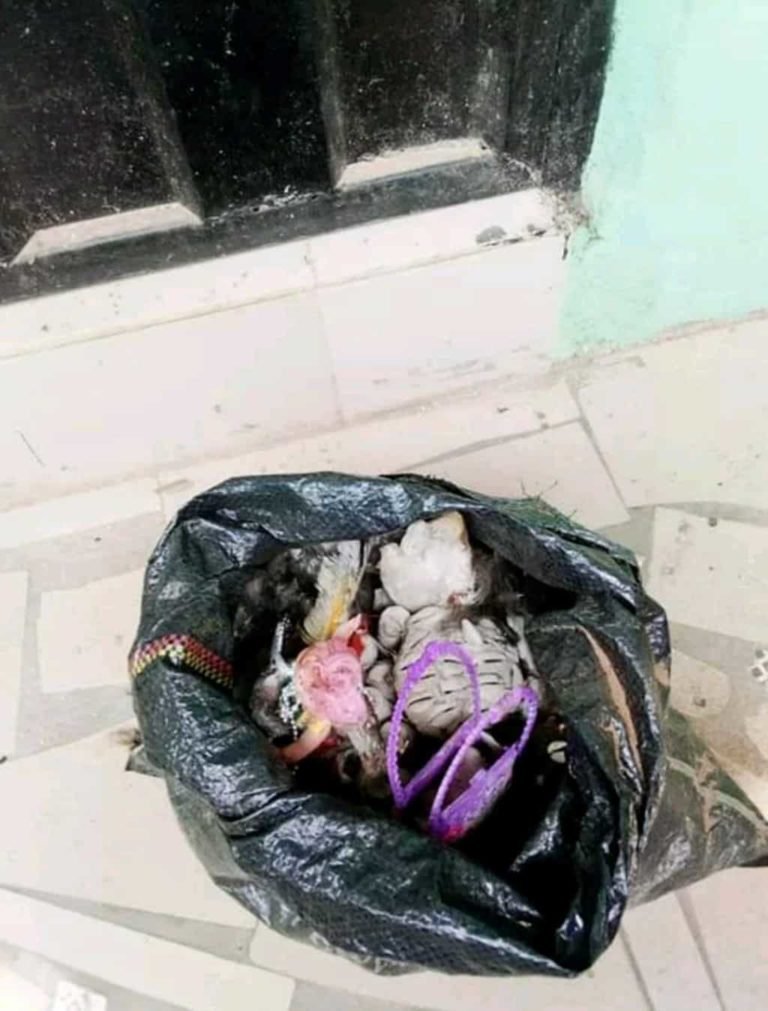 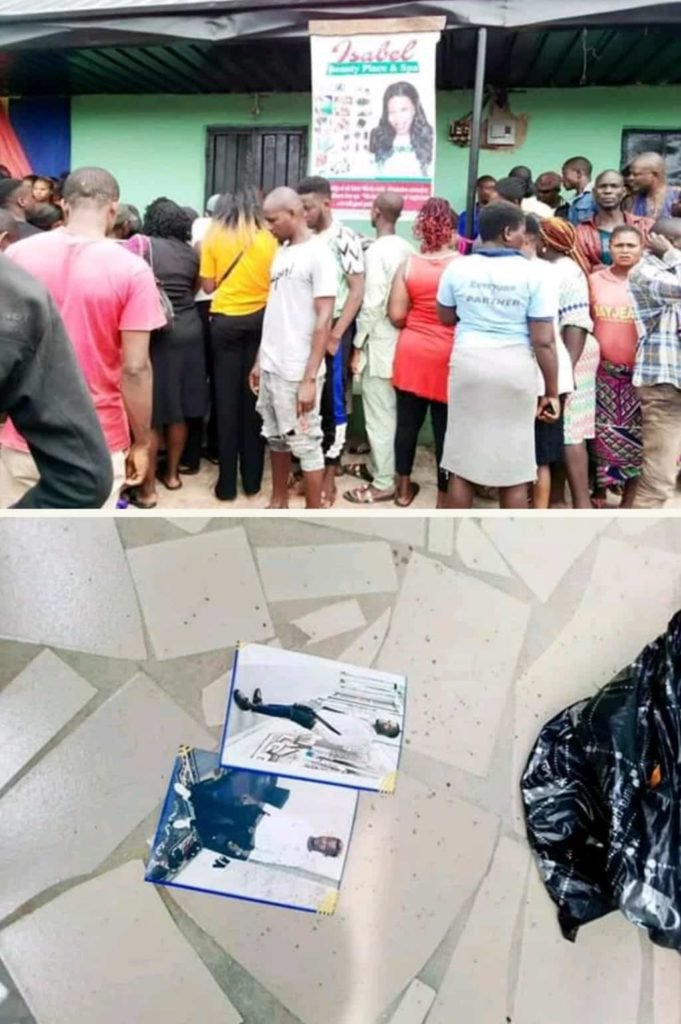 eanwhile, A mechanic, idea tidied as was rushed to a nearby hospital in Ibadan, on Tuesday, after he was struck down by a potent charm.

Reports have it that Kabiru was having a confrontation with a man blue shirt and at a point, the suspect threatened to show him he is an Ebira man, but the mechanic dared him.

Never the one to allow his words to return to him unfulfilled, the Ebira man allegedly slapped Kabiru with charm and he slumped instantly.