Three years after he married his last wife, Titi Masha in Ijebu-Ode, Wasiu Ayinde Marshal a.k.a KWAM 1 has caught another woman in his polygamous web.

On Wednesday in Abeokuta, he tied the knot with the light complexioned woman, Aderopo Emmanuella, in a glamorous ceremony.

Ropo, the Iyalode of Igbehin, in her 40s and a gift shop owner in Lagos is a mother of three kids from a previous relationship.

Wasiu is 64 years old and has fathered about 40 children from many women.

He didn’t marry all the women though. 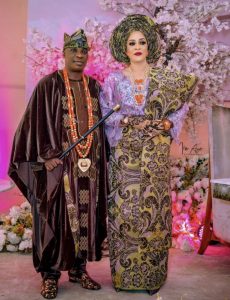 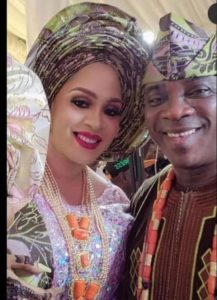 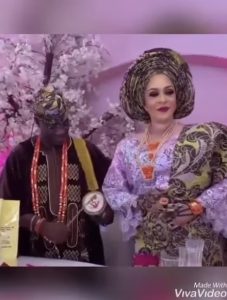 His best known wife is Canada-based Yewande, who shared five children with him.

Wasiu calls himself a polygamist and once said he is yet to match Fela Anikulapo Kuti’s record of 27 wives.

Month ago, he dropped hints that he was heading for the altar with the latest woman in his life. He even posted a song for, calling her AJIKE OKIN and ‘Nuella Ajike Mi’.

A video by BBC Pidgin shows the new couple dancing in Abeokuta.

In her Instagram post on Wednesday night, Emmanuella made her wish about the wedding: Wishing us a lifetime of love and happiness @kingwasiuayindemarshal.

Buhari Not Loyal To Nigeria, Will Retire To Niger Republic In 2023 – Ohanaeze Chieftain, Ibegbu