Senator Buruji Kashamu ancestral spirit strikes today at Obasanjo farm,Ota, living hundred scrambling for safety with resultant tension and panic; as high tension cable dismembered on the farm and other places including the police station along the road and Oloko estate that accommodate over two thousand inhabitants.

The incident has led to heavy vehicular traffic in the area.

Many attribute the incident to the unwarranted and controversial condolence letter written by former President Olusegun Obasanjo on the demise of senator Buruji Kashamu which has continued to generate reactions in the public space.

Attempt to get PHCN attention to the incident prove abortive. 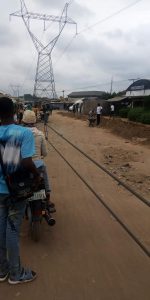 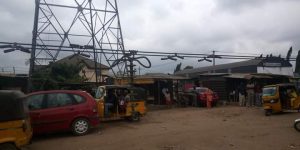 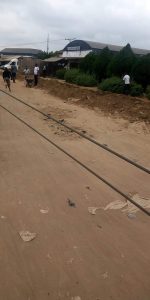