Despite all odds, Popular Nigerian singer, Davido still sticks to his love Chioma.

Today the hip-hop act took to his Facebook page and shared their picture.

In Case You Missed This: Following Davido‘s Chioma Accusation, Peruzzi In A Rape, Fraud Scandal….See His Reactions

In the image, Davido is seen grabbing Chioma’s boobs with two hands.

In Case You Missed This: Photo: See How Offset Grabs A Handful Of Cardi B‘s B**b

He wrote on the image: ALL. MINES!! FUCK YALL!!! with emojis. 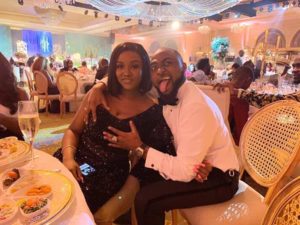 Coronavirus: 28 People Who Had Contact With The Italian Quarantined In Ogun For 14 Days