The Super Falcon forward and FC Barcelona player exchanged skills in football with the governor.

The Nigerian born, FC Barcelona Femení spoke about her plans for the Asisat Oshoala Foundation which she intends to set up for Nigerians, starting with her start-up state, Lagos.

READ ALSO:   Ronaldo Beats Messi, Neymar As He Lands Prestigious Award For The 4th Time In His Career (Photo)

Sawo-Olu also started that Lagos State will support her ambition fully being that she is an ambassador from Ikorodu Lagos, who has achieved so much in football.

Sanwo-Olu wrote on his social media pages: “Today, Asisat Oshoala paid me a courtesy visit. She is a worthy ambassador of Lagos from Ikorodu, and we are proud of what she has achieved in her football career.

“She spoke about her plans for the Asisat Oshoala Foundation which she intends to set up for Nigerians, and I promised her Lagos state’s full support, as this will be a great opportunity for upcoming footballers to get the push they deserve.

“As is her trademark, she wasn’t going to leave without showing me her skills. Well, I also demonstrated some of mine, though I’m a little rusty in that area, as governance has not spared me much time for soccer.” 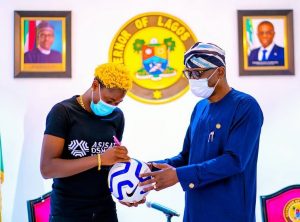 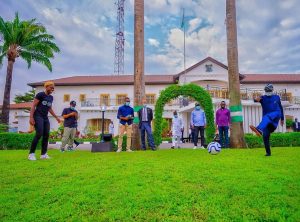 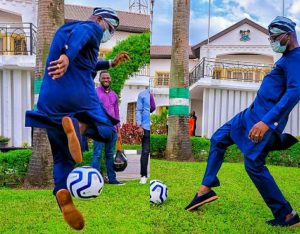 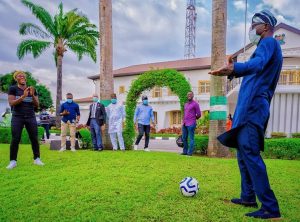 Guess Muyiwa Ademola’s Age AS He is +1 Today

Lady’s High-Heeled Show Causes Stir On Social Media, See What People Are Saying About It

Mercy Johnson Got Tongues Wagging After She Did This