Benco News learnt that the fatal accident which involves a hit and run driver occurred on First Avenue and Battle Street, just after 1:30 a.m. on Sunday November 3rd.

It was further learnt that the two dead Nigerians were riding in the car with two other Nigerians before driver of a pickup who was on top speed, lost control and rammed into their vehicle.

The two dead Nigerians were identified as Okocha and Adebowale while other two Nigerians were said to have been rushed to the hospital with one of them in critical condition.

According to reports, 22-year-old Daniel Okocha was born in the Delta State in South-South Nigeria and only just moved to Kamloops last year to further his education. The second child of four siblings, Daniel was working toward his bachelor’s degree in business and commerce at the Thompson Rivers University. His older brother, David is expected to arrive Kamloops from Virginia, USA this month for his brother’s funeral. His parents, however, will remain in Nigeria.

The driver of the pickup fled the scene following the crash. The vehicle’s registered owner was taken into custody briefly later in the day on Sunday but has not been charged. 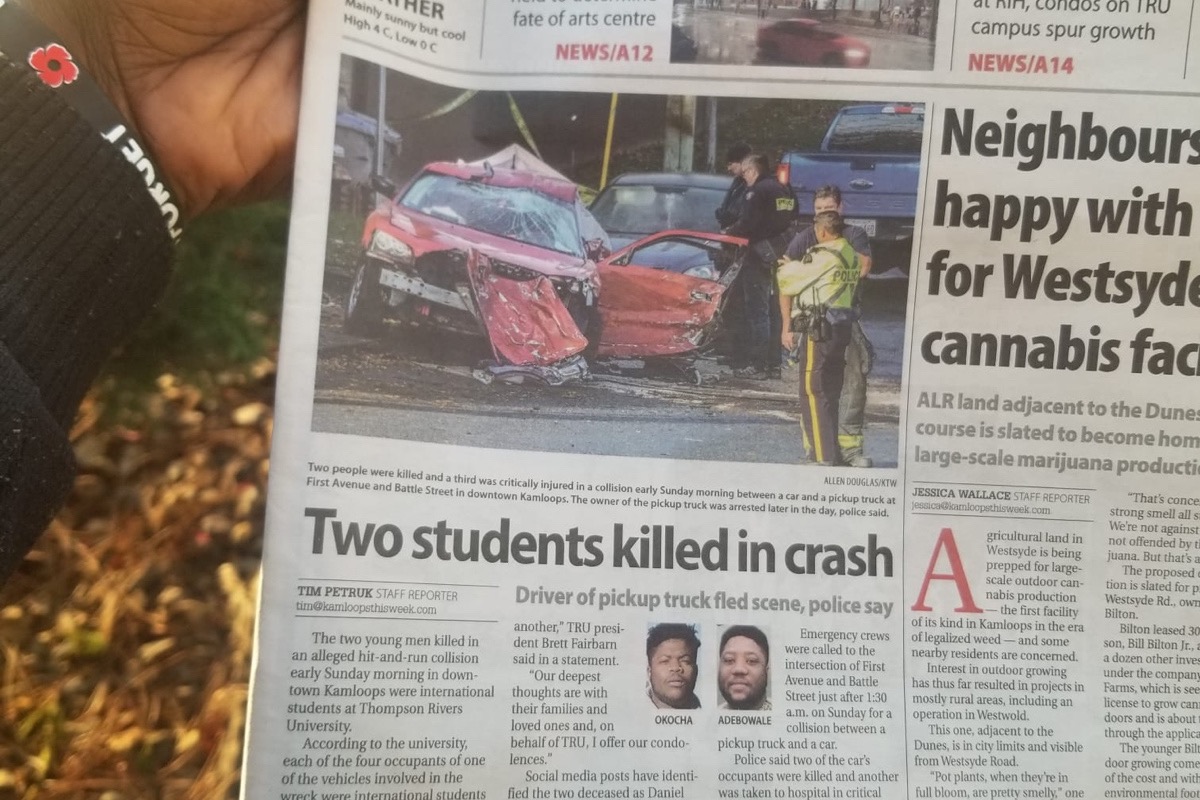