Skip to content
Nigerian celebrated midfielder, John Obi Mikel is currently unhappy with someone dear to him. This has nothing to do with his Chelsea FC club boss, Jose Mourinho, who has relegated him to the less important cup games and substitute appearances, but his younger brother, Patrick Tochukwu Obi fondly called Edgar. 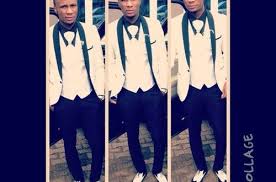 Society people exclusively gathered that Edgar’s unimpressive way of life has become a source of worry for the superstar. While the footballer has continued to work hard on the pitch, Edgar has allegedly become extravagant and lackadaisical and this does not go well with the football star.
Those who should know revealed that Edgar shielded himself from working under the disguise of managing his brother’s record label, MMM, and also pretending to be an artiste. And despite all the millions spent so far on his career and that of others on the label, there has been nothing good to write home about.
Mikel’s attempt to financially empower him has also become fruitless as Edgar is allegedly content with his idleness. According to an insider, Edgar’s way of life is that of an introvert. He likes to stay indoors, go to eatery, clubs at night and lounge with some of the succulent ladies one can ever find around. But this pattern of life is what we learnt Mikel dislikes as he wants his brother to be more serious and proficient.