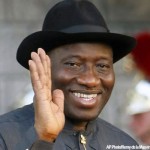 A director, in the office of Head of service at the presidency, Alhaji Shaibu Sani, has just bought over the 50 bedrooms brifina Hotel in Abuja, according to the source, the director acquired the hotel from the former 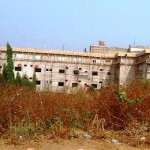 Durumi Phase II, Area 1 Garki Abuja, shows that the hotel has actually been sold, and its under a renovation, the hotel did not open for operation and all the doors were under locked, except the main gate that was opened for the labourers doing the renovation, tippers and vehicles were seen offloading building materials.
Benco News met with the Director at the presidency, to find out his own side about the acquisition of the hotel, he denied being the new owner of the hotel and said Benco News was not the first to come and verify this matter, that EFCC and ICPC had invited him on this matter, they did their investigation and later find out that he did not bought any hotel, besides his religion is against any business like hotels, or acquiring buildings for prostitution.

The rumour is being carried by some unidentified staffs of my office because of the recovering am doing for this office, do you believe I’ve recovered over a Billion naira for this office from the looted money by co-staffs of this ministry? One of them even jumped over the fence recently we had to chased him and handed him over to the police.

During the interview with the director, one of his boys called Mr. Ademola Ali, who was with us at the interview session, received a call on his cell phone, and his discussion was purely on the renovation of unknown property, and it was based on the number of Tipper load of sands and gravels being dropped and the remaining numbers to be drop. Mr. Ali urged the caller to count any material dropped properly, and promised to be with them soon.
Benco News shall keep you posted on this story and future ambition of this director in his state.