Paul Okoye, one-half of the erstwhile twin music superstars P-Square, who now goes by the stage name Rudeboy has revealed what his father told him about Nigeria’s problems while he was growing up.

The ”Reason with me” crooner stated that while he was growing up, his father told him that Nigeria’s problem was war. 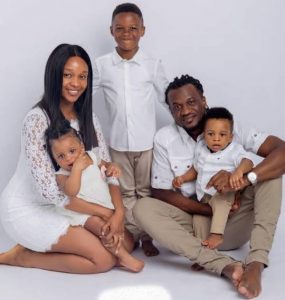 The now father of three added that if his children asked him the same question in future. He would say “SOCIAL MEDIA”

READ MORE: Lady Who Met Her husband On Twitter Shares Her Story

Taking to Twitter a day after Father’s Day celebration, he wrote: “When I was growing up, I once asked my dad why is Nigeria like this? What happened? How did it get to this level…he said it was because of the WAR…🙄.. now am getting prepared to answer my kids when the time comes …and when they ask I will tell them is SOCIAL MEDIA I” 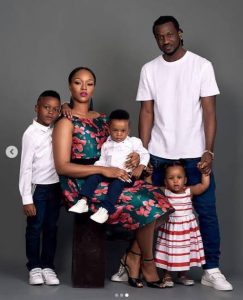 Rudeboy got married to his beautiful wife Anita in 2014 and their marriage is blessed with three lovely children Andre, Nathan and Nadia,