The Nigerian lady known as Anita called out a male friend, Emeka Gabriel Oboh whom she accused of raping her.

“My name is Anita and I was raped by the man in the pictures below, EMEKA GABRIEL OBOH”, she began the thread.

According to Anita, she visited Emeka who is her coursemate at his apartment in school to pick up a handout.

She further revealed that she was raped by Emeka after being forced to sleep at his apartment following a heavy rainfall which started while she was waiting for him to get home.

Read her tweets below; 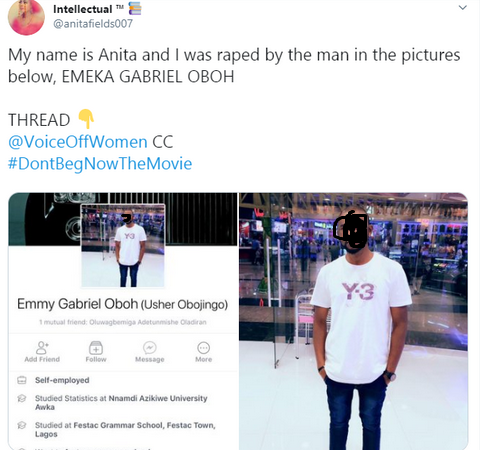 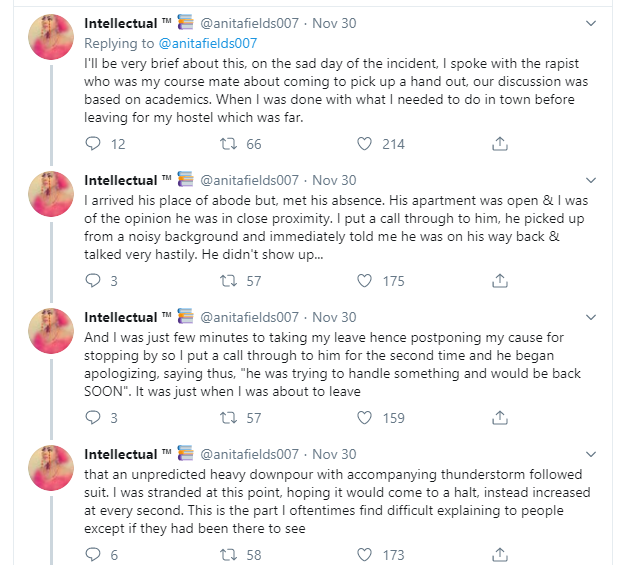 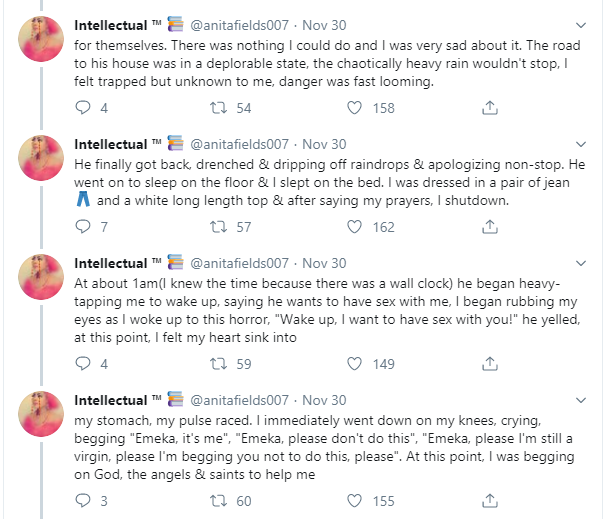 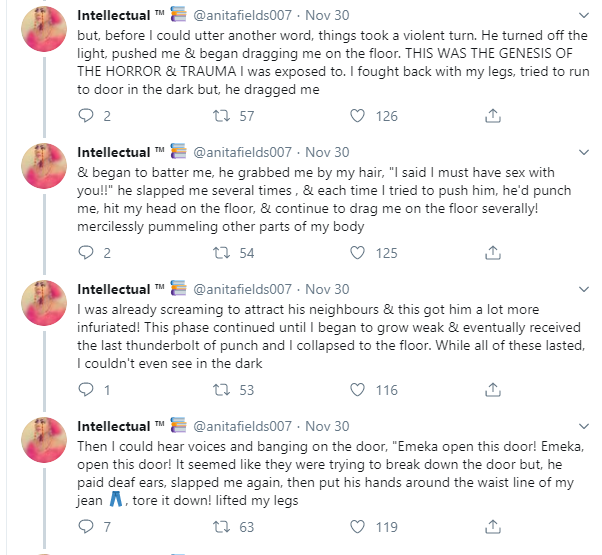 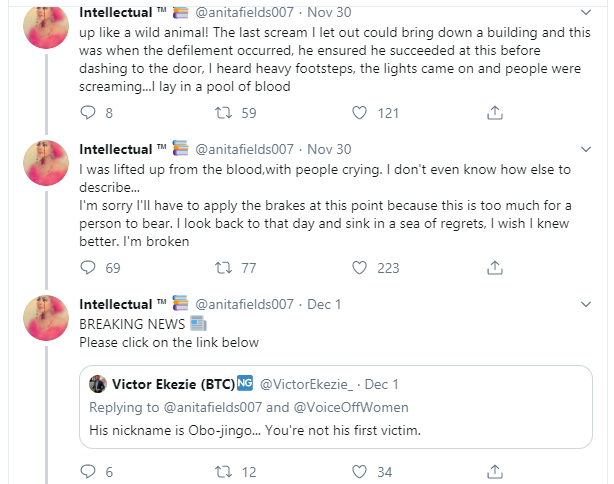