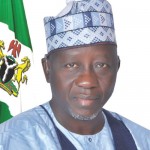 The coming of the Congress for progressive change [CPC] governor of Nasarawa, Malam Al Makura may have come with a rousing welcome by the citizens of the State immediately following the announcement of the election results by the Independent National Electoral Commission [INEC], but the realities of administrating the complexities of Nasarawa States and its abandoned local government areas [LGAs] pose an uncanny threat to the governor’s popularity and continued relevance.

The resulting effect can be seen at the various communities of Nasarawa State.

The people of Awe are among the communities plagued with infrastructure decay ranging from poor primary schools and health facilities. The public hospital has become a place for people to go and die. The intermittent Fulani / Tiv / Farmers clash has posed its shared of challenges – disrupting the limited economic activities in the area.

In Keana community, the situation is no different. The Keana suffers particularly from bad road network – despite the involvement of keana in the ruling government. Keana is the country home of the Secretary to the State Government [SSG], Hamza Elayo. The community as situated is in dire need of road networks linking the Local Government with Giza Development Area. It could be recalled that the former governor, Akwe Doma awarded road contract for the construction of Keana-Giza. But the contract was abandoned by the present administration.

The General hospital at Keana serves an eyesore. Shortage of health practitioners, lavatory and facilities had been the bane of operation at the medical facility.  The roofs are reported to be leaking in virtually the entire rooms of inside the facility.

The drugs sold to the public under the recent activated Drug Revolving Fund (DRF) are reported to have been compromised – by the handlers of the drug – to the tuned that the prices are jacked up unreasonably beyond the reach of the people in the community.

In Kokona Local Government, the case is the same. Kokona community comprises predominantly of farmers. They lack roads to transport farm produce to nearby markets – thus rendering the cash returns on their farm products a low yield.  In addition, the people of Kokona are forced to rely on pond and stream water as the sole source of water and livelihood.

The state capital and Karu which are gateway to the Federal Capital Territory [FCT] are reported inhabitable.  Nasarawa Urban Development Board is lacking of manpower and logistic.

On the Payment of LGA Workers –

The present predisposition of behind schedule payment of staff salary at the third tier of government in Nasarawa state if is anything to go by is a deciding factor that Local Government system in the state are in dilemma, if going by the revelations of economic confidential on the monthly allocation accrued to Local Governments, in spite of the screening, verification and data capture exercise conducted by the state government to screened out phantom workers, workforce at the thirteen Local Governments’ and sixteen Development Areas are wallowing in abject poverty to an extend that workers are leaving from hand to mouth, complain trail the non allocation of grant to Nasarawa councils.

Three months after the inauguration of TMC chairmen and Administrator, a post mortem conducted by our reporter uncovered that lack of fund allocated to the third tier of government from the federation account has seriously derailed the performance of council bosses under the congress for progressive change government, Grant allocated to the Local councils were accumulated at the coffers of the state/Local Government joint account, the denial of the councils their fund according to analyst said is not unconnected to the appointment of TMC chairmen and Administrators who were sheer stooges to the government of the day, with the present accomplishments some appointees are ominous to quit their eminent chair, immeasurable of the councils bosses regretted accepting the offer.

On Ghost Workers in LGA –

The appointment of members of a committee headed by the former Permanent secretary ministry for Local Government, Abdullahi Oji to check the corruption at the third tier of government was aimed to put a lid on the mess of ghost workers. However, our findings gathered that committee members at some Local Government connived with Directors Personnel Management and top functionaries to subvert the process.

Millions of naira was misplaced on ghost workers over the years – and the Abdullahi Oji led committee instead of bringing an end to the quandary of the Local Government compromised the confidence reposed on them.