Men of the Anambra state police command have arrested a 22-year-old man identified as David Maduabuchi for scamming two 18-year-old girls of N318,000 and N100,000 each. 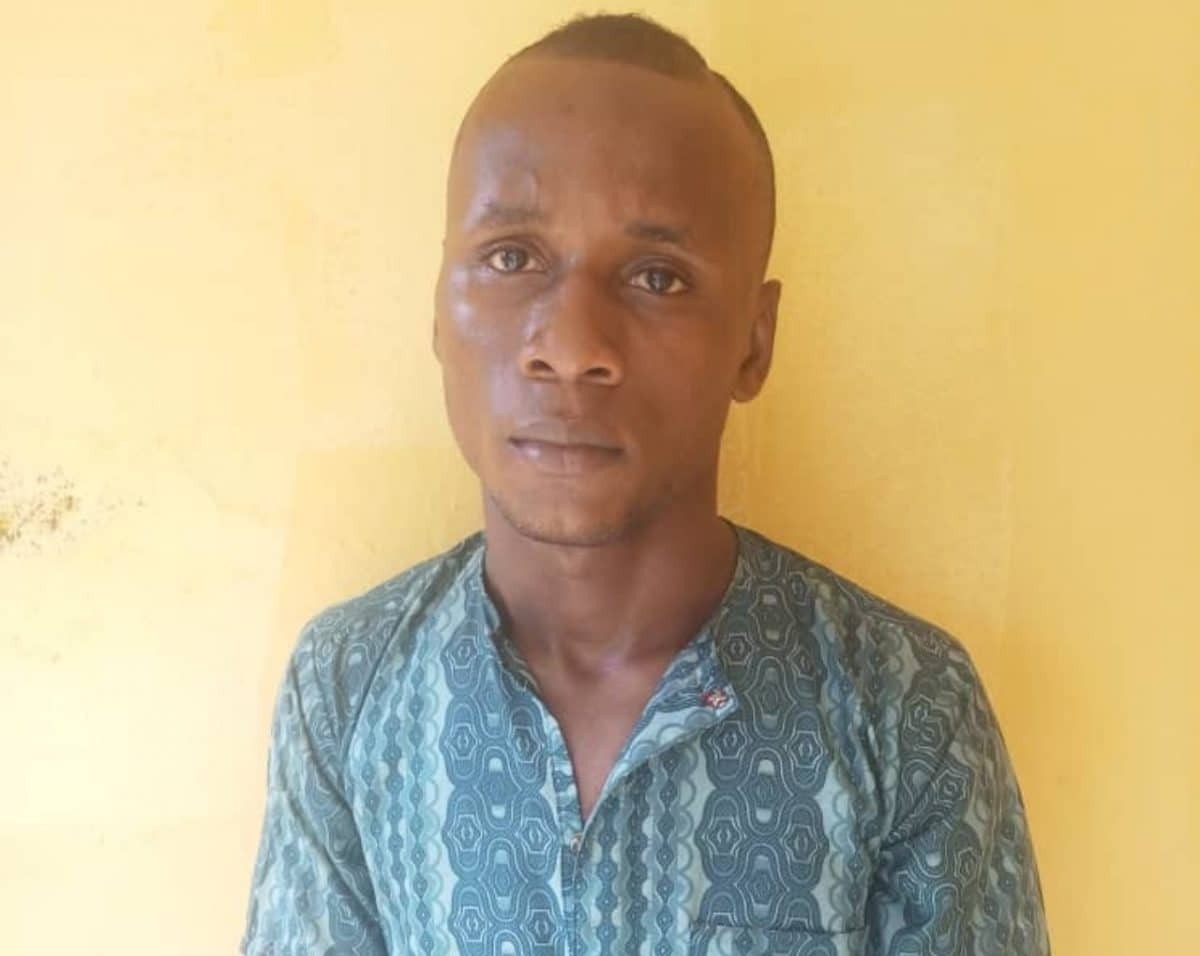 Mr. Maduabuchi who manipulated the girls he met on social media with promises of marriage, hoodwinked them into stealing the money and laptops from their parents and guardian.

Spokesperson for the command, SP Haruna Mohammed confirmed the arrest and further disclosed that the suspect will be charged to court after investigation has been concluded.

” At about 7 am, police officers attached to Awada Division arrested one David Maduabuchi ‘m’ aged 22 years of No 16 Chukwu Onovo street, Okpoko.

“Suspect specializes on swindling vulnerable youngsters particularly teenage girls on Facebook and hoodwinks them into stealing from their parents and guardian for him (the suspect).

“Preliminary investigation revealed that between the months of March, 2019 and November, 2019, the suspect lured one Ogechi Miracle ‘f’ aged 18 years and Chinasa Peter ‘f’ aged 18yrs on Facebook under false pretences of marrying them.

“Victims were further tutored by the suspect and they both stole the sums of three hundred and eighteen thousand naira (#318,000) and one hundred thousand Naira (#100,000) respectively at different times from their parents, as well as laptop computers which they handed over to him.

“Case is under investigation, after which suspect would be charged to court for prosecution.”