An elder brother has reportedly attacked his younger brother who is currently battling for his life for allegedly having secret affairs with his wife.

This incident was disclosed by a facebook user identified as Abdulkareem Lukman who narrated the incident revealed that it occured in the Abaji town of the Federal Capital Territory (FCT). 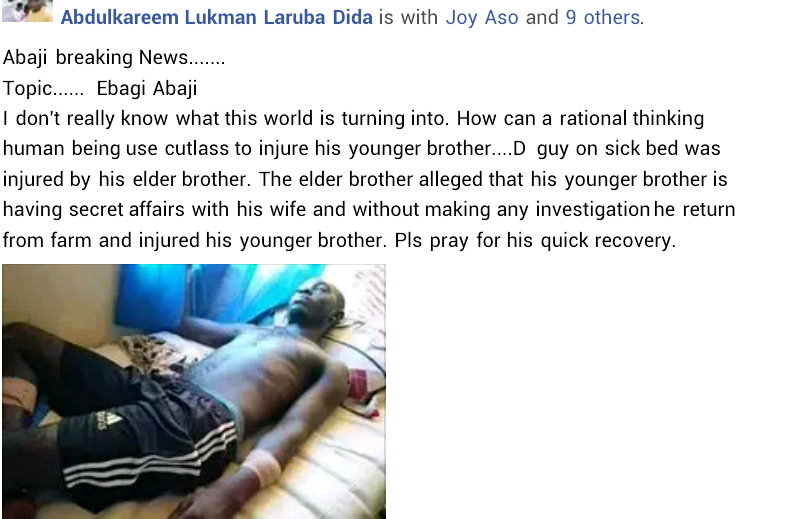