Liverpool have made an improved bid of £16million for Real Madrid midfielder Asier Illarramendi.
Newcastle could offer Ashley Cole a Premier League return.
Southampton are set to table a £10million bid for Charlie Austin.
West Ham will join Chelsea in making a move for Spurs midfielder Mousa Dembele.
Andrea Pirlo is heading to New York City FC from Juventus.
Crystal Palace’s board are ready to put the block on Alan Pardew’s move for QPR striker Charlie Austin because they don’t believe he is worth the £15million asking price. 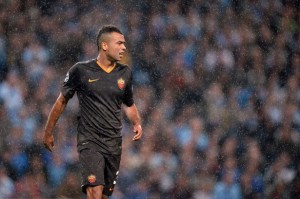 West Brom are set to complete the £1.5million signing of Wigan winger James McClean on Monday – and will then go for QPR wide-man Matt Phillips.
Turkish side Fenerbahce are stepping up their bid to land Manchester United striker Robin van Persie.

Tottenham are ready to take a £15million hit on Roberto Soldado after opening talks with Galatasaray about the sale of the striker.

Sevilla have warned Liverpool that if they want striker Carlos Bacca they will have to pay all of his £21.5million release clause.