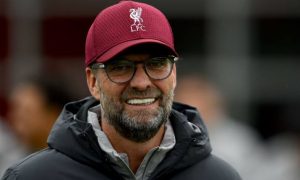 Klopp said he has a slight preference for Messi over Ronaldo.

Recall that Messi and Ronaldo have shared eleven out of the last 12 Ballon D’or awards.

According to Klopp, although he admires Ronaldo a great deal, he will pick Messi over him.

“For me Messi, but I couldn’t admire Ronaldo more than I do already,” Klopp was quoted as saying on YouTube channel freekickerz

The German said that having faced both kings of football, Messi makes playing football “so simple.”

READ MORE: Here Is The Truth About Madagascar’s COVID-19 Vaccine As Narrated By FG

He, however, noted that Ronaldo’s physical abilities cannot be downplayed.

The Reds boss said he likes the Argentina international a “little bit more as a player on the pitch,” while not ruling out that the Portuguese is “an absolutely incredible player.”

Both Messi and the Euro 2016 winner have had a long-lasting career, leaving their footprints, the Liverpool boss explained.

Must Read: Important News On Coronavirus For Nursing Mothers