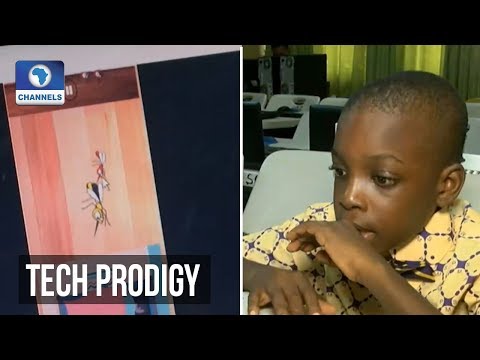 When he was about four years old, Basil Okpara was already fascinated with computer screens. His father noticed this obsession and decided to buy him a tablet.

The device wasn’t connected to the internet but it had a variety of offline games. The boy dug in deeper. Today, nine-year old Basil is not just playing games, he is building them. Using programming tools such as Scratch and Construct 2, Basil has built more than 30 games.

“Myself and my wife, we are very proud of him,” Basil’s father, Mr Basil Okpara Snr., told Channels. “We didn’t expect that he would be so passionate about it, but we are glad that he is.”

Some of Basil’s games are already being prepped for the Google Play Store, a process being managed by his parents.

Meanwhile, the budding tech wonderkid has told his parents he wants to, one day, be able to build robots and make them do his chores and maybe even go to space.

Basil’s precociousness has been carefully managed by his father, who understands the importance of digital technology in a changing world.

“I think parents should let their children access phones and tablets, in a more
supervised way; you don’t let them do whatever they want, You just have to supervise what they are doing on the gadgets,” he said.

But Mr Okpara didn’t stop at just buying the gadget. After noticing Basil’s growing affinity for the games on the device, he talked to his son about building his own.

“I encouraged him to develop this attitude of being a builder, instead of being a consumer,” he said. “So he has to think of building things that will benefit people instead of consuming what people produce. I tried to make him know that everything he sees is something that somebody made.”

And young Basil quickly caught on. He started with Scratch, before moving on to Construct 2, which is more sophisticated, according to people familiar with programming tools.

Basil has even started teaching other kids how to start building games at a summer code camp in Lagos. 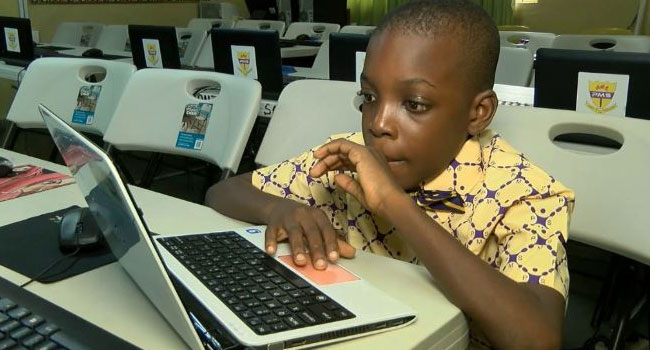 Basil’s achievement is an “exceptional thing” because technology is still very recent in Nigeria, a technology writer and editor, Victor Ekwealor, told Channels.

He also noted that it is a story that makes it easier to encourage Nigerian parents to expose their children to technology at an early age.

For Chibuike Goodnews, a technology entrepreneur, Basil’s skill is an indication of what the future will look like.

“Gone are the days when we have kids learning only the things that are taught in school and waiting to get jobs,” he said. “The next economy is going to be driven by creativity, innovation and people doing things outside the norm. Someone like Basil is an indication that Nigeria can compete with the rest of the world in terms of creativity and knowledge.”

But Mr Goodnews worries whether Nigeria has the right template to groom outliers like Basil.

“Basil has done something that other (gifted) kids in parts of the world do,” he said. “At this point, the boy is knowledgeable. But does he have the adequate environment to grow to be the best he can be? Does he have the same opportunities with somebody in San Francisco, in London, in Japan? That’s the question we need to answer.”

Basil’s parents want him to continue schooling while he improves his software building skills.

They “try to balance the whole thing for him, in such a way that he will go to school, come back from school, do his school work, house chores, use his laptop for like one or two hours, depending on how many hours that he has left, and then he goes to bed by eight, eight-thirty,” Mr Okpara said.

“So he has to balance his school and his passion. And we will guide him through the process.”

“Stop Being Miserable, If You Are Not Happy With Something, Change It” – Naira Marley Advises Fans