Africa’s richest man, Aliko Dangote, has renewed his interest in buying Arsenal Football club despite failing in a 2010 bid to acquire a stake in the club.

The Nigerian billionaire is now worth nearly eight times as much as when he tried to buy into the Gunners, and the passionate Gooners has not given up on his dream of getting involved with the north London club.

“I still hope, one day at the right price, that I’ll buy the team,” Dangote, 58, told Bloomberg.

“I might buy it, not at a ridiculous price but a price that the owners won’t want to resist,” he continued, before ominously adding, “I know my strategy. 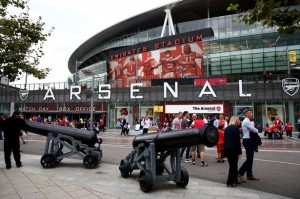 Dangote – valued at over US$15billion – is worth more than both Arsenal majority shareholder Stan Kroenke and Uzbek Billionaire Alisher Usmanov, who have been fighting for control at the Emirates in recent years.

But his bid to take over the club won’t be coming immediately, with the cement and commodities tycoon wanting to get his portfolio of businesses in order first.

“We have $16 billion-worth of investments in the next few years,” he said. “Right now I want to take my own business to a certain level. Once I finish on that trajectory, then maybe [an offer will follow.]”

Majority owner Kroenke recently bought more shares in Arsenal, and is not believed to have any interest in selling the club.