The Vice President, Yemi Osinbajo, (SAN) has declared his readiness to waive his constitutional immunity to clear his name against several allegations, insinuation, and falsehoods on his person and office.

Prof. Osinbajo made this declaration in a tweet he personally authored this afternoon.

“In the past few days, a spate of reckless and malicious falsehoods have been peddled in the media against me by a group of malicious individuals.
“The defamatory and misleading assertions invented by this clique had mostly been making the social media rounds anonymously.

“I have today instructed the commencement of legal action against two individuals, one Timi Frank, and another Katch Ononuju, who have put their names to these odious falsehoods.

“I will waive my constitutional immunity to enable the most robust adjudication of these claims of libel and malicious falsehood.” 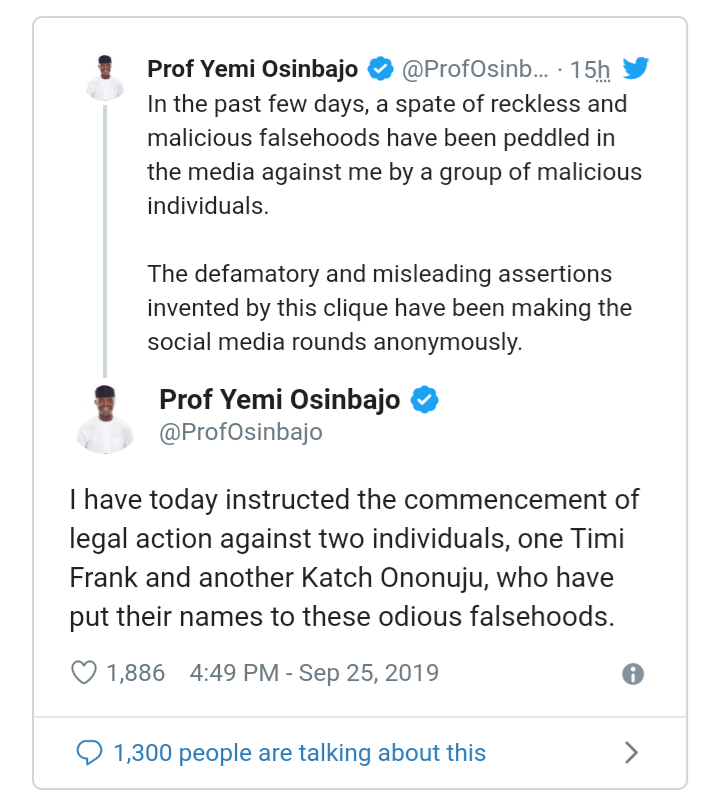 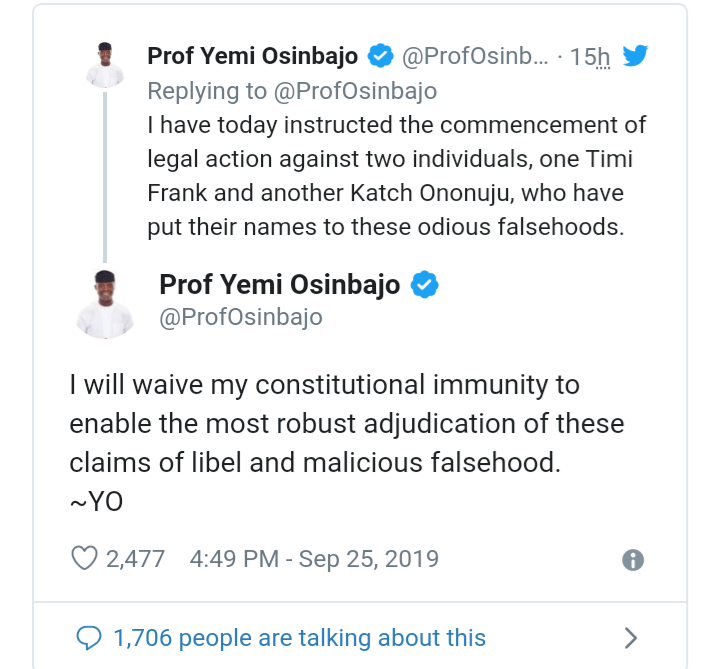 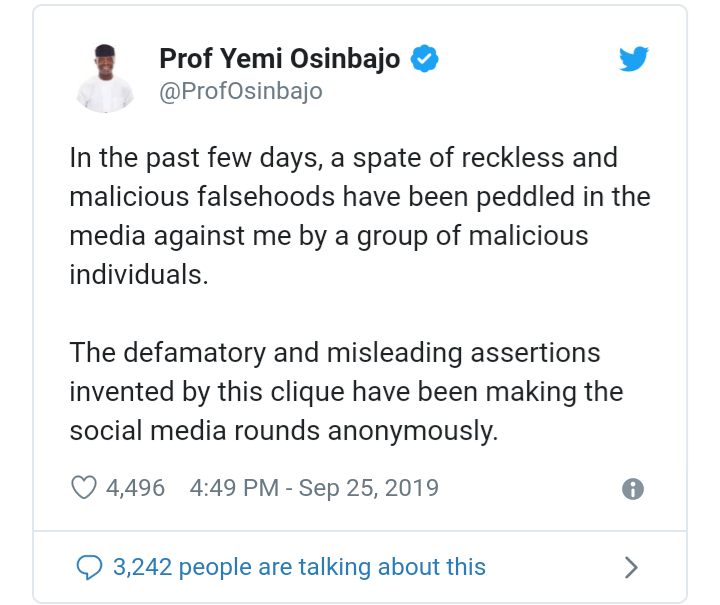