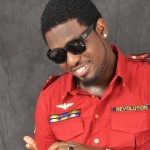 Following his dramatic return to gospel music, talented musician Emmanuel Okose fondly called Soul-E has urged his fans not to address him by the name Pastor but Prophet of Praise.

The amiable artiste who is still much remembered for his hit song, Soul-E Baba, confirmed this latest development in a recent chat.It is true that I’m back to my root; gospel music. But I dislike it when people address me by the name Pastor. It looks as if I now minister in a church. I just want my fans to see me as someone who is now more close to his God more than ever and I’m now a gospel singer for God.

To officially announce his return into the world of gospel music, the dynamic musician is out with an album entitled Message. The 8-tracker album which was officially released on Monday February 4, 2013 is being marketed nationwide by Chuksbiri Enterprise, Alaba Intl. Market, Lagos.

Tracks in the album are Baba You Too Much, Thank God, By My Side, Love, Healing in the House; He’s Alive, Baba Baba, Oba and Your Love.

Apart from his normal soul lifting music style, music enthusiasts are also poised to enjoy in the album other genres of music such as reggae, R n B, Techno, dancehall and world music.

Speaking further about the album, the famous musician says the album is inspired by his true life story. After weathering so many storms, I just need to thank God for His grace in my life. He’s been so kind to me. And I also want people to learn from my story and thank God through me, he said.

The tall and dark dude currently has a music video aptly entitled Thank God enjoying ample of airplay on the airwaves. The video has also recorded over 30, 000 downloads on the internet since its release.

The eclectic artiste has also revealed exclusively that his recently shot music video, Baba You Too Much, will hit the TV screen in March.