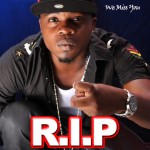 Following the untimely and shocking death of pop star, Olabimpe Oluwabimpe Susan Harvey fondly called Goldie, industry watchers have continued to wonder in great wonderments about the scenarios that led to death of some of the many talents in Nigerian entertainment industry. And investigation has revealed that some of these deaths recorded were as a result of the abuse of drugs and alcohol.

Research has shown that drugs and alcohol is now taking the centre stage among youth and the Nigerian entertainment industry is not left out.

Though doctor’s report claimed that Goldie died of a heart disease, insiders alleged that she died as a result of doping complications. It was said further that the reason for her intake of the hard substance is because of her frequent depressions.

Goldie’s sudden death is only one of many that have happened in the global entertainment industry in recent times as alcohol and drugs seem to be taking the centre stage.

On April 22, 2010, Nigerian indigenous rapper, Dapo Olaitan Olaonipekun, aka Dagrin, died from the effect of alcohol. He actually rammed his car over a packed trailer after clubbing with some of his close pals. He was said to be drunk on that night. A few months after his death, popular Nollywood actor, Sam Loco also died from the adverse effect of drugs and booze.

Veteran reggae musician Majekodunmi Fashakin a.k.a. Majek Fashek, has, never hid the fact that he uses drugs. He is currently suffering from a mental defect and sources said he may die soon.

Famous Fuji singer, Bayo Akanni Ojuyobo, we also learnt, died as a result of kidney problem, resulting from his abuse of alcohol.