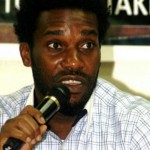 Barely few weeks we reported in this website that erstwhile Nigerian playmaker, Austin Jay Jay Okocha, who is currently in South Africa to support the incredible Super Eagles as they play Burkina Faso in tomorrow’s African Cup of Nation’s final, has sold off of his properties at Akute, Ogun State, the superstar has put up another property for sale.

Those who should know disclosed exclusively to us that Okocha has also put up another of his two properties around Salvation road, Opebi, Lagos for sale.

The reasons behind the rush of the sale of his two properties still baffle many, but some are of the belief that the former star player, is currently going through some rough times financially.

The former Bolton FC star currently runs a top hangout on Lagos Island called Club 10. He quitted active football two years ago, and has resigned to manage his personal business. He has also been involved in some sporting events and administration in the country.