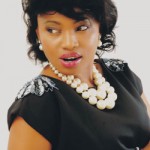 For top Nollywood actress, Halima Abubakar, it could authoritatively be disclosed that she is currently expecting a baby for her colleague and actor, Emeka Enyiocha.

This relationship which has gone sour with Halima’s present condition could be reported to have been in secret, which paramount was the reason why the Nollywood actress recently shaved her hair.

Unknown to feelers, who are still wondering if the news of Halima’s present condition and relationship with Emeka Enyiocha haven’t gone into the wife’s ear, but with this development, the news must have filtered or aired to her, as expectation is high on if she will tender a divorce.

Jestingly, our source revealed that this act which could be described as another Birth of Evil in Nollywood is currently being rolled on the lens of the cameras in the Heartland city of Owerri, with Divine Touch Production as the steer man.