Skip to content
Share on Social Media
Society big boy, Isaac Fayose, the younger brother of Ekiti State Governor, Peter Ayodele Fayose has joined the list of society big boys who own hotel in the premier city of Ibadan, Oyo State.
Named Valentino Hotel, the sophisticated hotel can be described as home away from home. Known for his taste, Isaac we learnt ensured that some of the interiors used for the building were imported from Europe. Inside Valentino sprawling hotel is a twin 2-storey building supported with other buildings. Its compound is laced with interlock brick and inside the hotel is found all sort of luxury. 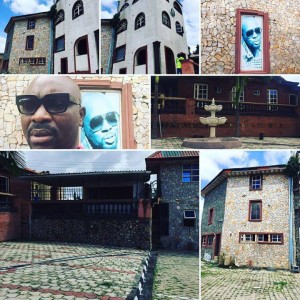 At the moment, the hotel is undergoing its final touch and will soon be opened for operation.
The bubbling Isaac is not new in hospitality business as he also owns an upscale hangout in Lekki, Lagos known as Alibi Bar and Lounge. Apart from hospitality business that he’s widely known for, Isaac recently took a step further by venturing into media, launching an online news platform and TV.
This initiative like the hospitality business has won him more applause, but what is left to be seen is whether he would be successful in the media as he does in his hospitality business or not. But only time will tell.