King of Fuji music, Alhaji Qudus Abass Akande popularly known as Obesere, has added another accolade to his shelves. Lately, the Ibadan, Oyo State born musician was honoured at the recently held City People Entertainment Awards with the best Fuji Artiste of the Year Award.

The plaque was presented to him at Balmorah Hall, Oregun, Lagos, shortly after his performance at the award ceremony.

According to the Organizers, the award is in recognition of Obesere’s giant strides in the entertainment sector.
In his thank you message, the Fuji King said he was very grateful for the honour as it was a surprise. He also took time to appreciate the management and organizers of the awards as he also accommodated selfies, paparazzis and autographs.

Before leaving the hall, the musician serenaded the guests with his scintillating performance as he performed his recent hit song he produced with YBNL boss, Olamide and also displayed some energetic stage acrobats which left the crowd demanding for more. 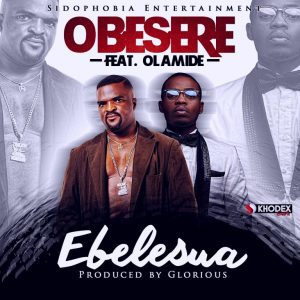 In 2011, Obesere became the first Fuji artiste to diversify into hip-hop music when he featured Timaya, 9ice and Lord of Ajasa in his album, Double Revolution. And recently, he returned with a brand new single entitled ‘Ebelesua,’ featuring rap star, Olamide. A party song, the video for the song was shot recently at choice locations across Lagos. It was directed by ace director, Dr Bee.