Fuji musician, Muri Alabi Thunder has just lost his dear mother to the cold hands of death. The Oyo State born musician announced his mother’s demise some hours ago via his facebook timeline with the caption: “Inalilahi wainalirojihun naa. I lost my mum @ a ripe age of 102 years.”

However, the deceased has been buried according to Islamic rites. And since the ugly incident occurred, the musician who recently bagged the Best Fuji Musician Award at the just concluded Gbedu Awards in Lagos has been receiving condolences from his colleagues, friends, relatives and sympathizers from all corners of the country and beyond. 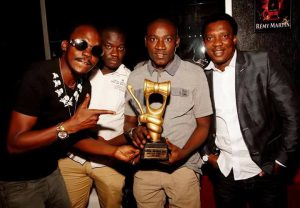