A former Minister of Aviation, Femi Fani-Kayode, has denied reports that he is set to take another wife.

There have been speculations that the former Minister is set to marry another lady who goes by the name, Halima.

The rumor became strong following the crash of his marriage to former beauty queen, Precious Chikwendu.

READ ALSO:  Fani-Kayode Will Become The President Of Nigeria, Says CAN Chairman,  Reveals How (See Video)

He also said that Halima, like many others, has been a source of comfort to him during his trying times.

“There have been wild speculations in the social media that I am planning to get married again. This is false.

“Miss Halima Yusuf, who has been cited as my fiancée, is simply a dear friend and confidante who I have the utmost respect for and who I hold in high esteem.

“She, together with others, has been a source of immense comfort for me and mine at this time and for this, I am eternally grateful to her.

“I appeal to all those peddling the falsehood that we are about to get married to please desist from doing so,” he said. 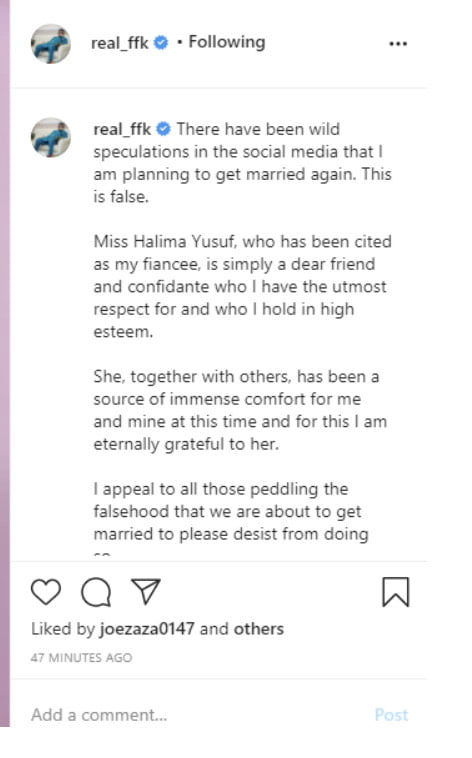