The Registrar/Chief executive of Joint Admission and Matriculation Board, Prof Dibu Ojerinde’s illegal acquisition of wealth, and his unguided self enrichment with the public funds has been uncovered, according to the source, the Registrar corrupt practices, unscrupulous acquisition of wealth and abuse of his office has been going on right from his time as the Registrar at NECO.
Benco News sources also revealed that the Registrar has his hand virtually in all business within and outside the country, raging from hospitality to Oil and Gas, Printing, Sales of cars, Schools, Marble factory and Farm.
The Registrar is the proud owner of Sapati International school Ilorin, inaugurated on 2nd Oct 2003, Trillium Learning c 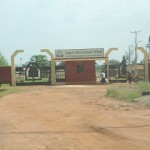 enter Ilorin, Cheng marble also located within the same vicinity with Sapati school, another notable business of the Registrar is the Printing Press he bought from the former postmaster – general of Nigeria, Mr Owodola,according to the source, the printing press was named by the first owner as Goshen press, but since the registrar acquired it he refused to give the printing press a name because he want to hide it identity, and the major job the   printing press is doing is the printing of Jamb question papers and related documents, there is no other clients except Jamb.
Unconfirmed reports also linked the registrar with a refinery in Singapore and a country home in Sydney Australia, according to the findings, Prof Ojerinde at the end of his tenure will retire to the Singapore refinery and monitor the day to day running of the company.
He also acquired filling stati 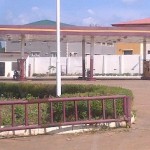 ons across the country, noteable amongst the filling stations are MRS in Sango Kulende Ilorin, (he put his brother Alhaji Murhi as the manager) AP in Ile-ife (he put his son Dayo as the Manager, Olumide’s wife also controls the affairs in Trillium school)Taplan filling station is in Ibadan along Ife road, and Doyin filling station is located along Lagos –Ibadan express road Ibadan.
Benco News investigation also revealed that the Registrar put down N200 million to support ex-Governor Akala‘s 2nd term election in Oke-Ogun, according to the source he got the money from Osanta community bank in Igboho his home town three days to the election, and gave the money to two prominent sons of the town Alwajud Alani and Lukman Balogun  to distribute, the outcome of the election did not go down well with the registrar he felt he has been disappointed and betrayed by his k 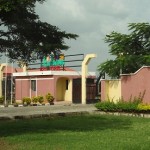 insmen despite the huge of money he spent, and since the  election Prof did not visit his home town.

Benco News investigation continue on his choice properties across the country, details on the Singapore refinery (picture and address). His indecent sexual activities among his kinsmen, cousins and domestic staff, how his ex- wife Barrister Yinka left him, and why the ex-wife was forcefully chased out with “ORO” festival, why he declared Dayo his son persona- non- grata in Ilorin and the reason he made Olumide’s wife the all- in- all in Trillium learning center, the investigation continue.