An Ondo State High Court, sitting in Akure, on Wednesday sentenced one Seidu Adeyemi to death by hanging for killing his girlfriend, Khadijat Oluboyo.

Khadijat, who was a daughter of a former deputy governor of the state, Lasisi Oluboyo, was killed by the convict after inviting her to his house in July 2018.

It was reported that, after killing the deceased, Adeyemi buried her in his room for five days; but the deed was later exposed by his father who reported to the Ondo State Police Command.

“The convict’s act raised suspicion from some quarters that he deliberately killed the student of the Adekunle Ajasin University for ritual purpose. 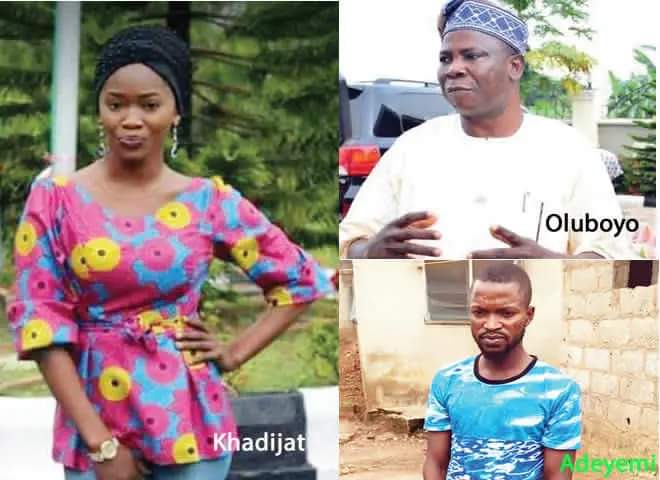 Adeyemi was later charged to court and was arraigned on two counts of conspiracy and murder.

During the trial, the defendant claimed that he was not the actual killer of the deceased, saying that his two friends killed Khadijat.

He said he was asked to bring a digger and a shovel to dig the floor and bury his late girlfriend after she had been killed.

He also claimed that the supposed killers, whom he could not identify, warned him not to tell anybody lest he be killed.

One of the witnesses, a pathologist, Dr. Olumuyiwa Pelemo, told the court that the result of the autopsy conducted on the deceased indicated that Khadijat had several injuries on her body which led to her death.

The pathologist added that there was “an abnormal shaving of the hair on the deceased’s head and the pubic region.”

Another witness, who was brother of the defendant, also testified that the family got wind of the killing when Adeyemi confessed to him that Khadijat was dead and buried in his (Adeyemi) room.

The witness confessed that the defendant begged him to get a sack for him to dispose of the corpse, but he (witness) reported to their father who ordered him to report the matter to the Police.

The father of the defendant, Mr. Seidu Siyanbola, a bricklayer, corroborated his younger son’s testimony while testifying in court, saying that he knew Khadijat as his son’s girlfriend and that they were in the relationship for three years.

He stated that his son confessed to him that some men had killed Khadijat and buried her inside his room; and that the convict had warned that the same men threatened to wipe out his family if he told anyone.

Delivering his judgment, Justice Samuel Bola said it was established, through the autopsy report, that the deceased did not die a natural death.

He said the court did not believe the defendant’s claim that two men killed Khadijat and he was asked to bury her in his room, without informing the Police.

He said the prosecution has proved its case beyond reasonable doubt that Khadijat was intentionally killed by the defendant. The judge thereby sentenced Adeyemi to death by hanging.

The judge ruled, “You, Seidu Adeyemi, are hereby sentenced to death by hanging. May God have mercy on your soul.”

In his reaction, the state Attorney-General and Commissioner for Justice, Mr. Adekola Olawoye (SAN) commended the judgment as he said it was a victory for the rule of law.

Osinbajo Reveals Those Influencing Appointment Of Judges In Nigeria

5 Reasons People Ghost In Relationships And What You Can Do

Sanwo-Olu Fulfilled Promise As He Meets ‘Mummy Calm Down’ Boy