The Nollywood act had shared a video of her husband, Fisayo Michael Olagunju, also known as MC Fish, on his knees while massaging her feet in a public event.

The duo who officially got married on February 14, 2020, have been known for their constant display of intimate and loved up moments on social media.

The actress took to her Instagram page to share a video with her husband at Iyabo Ojo mother’s one year remembrance.

In the video, MC Fish was on his knees giving Anita’s feet a rub and also planting kisses on them.

She captioned the video, “oh baby, massage those pretty hawwwt legs. Respect king @realmcfish mike orihe di’mma. Note, Even when she’s yours treat her like you just met her. You gerrit? If you don’t gerrit, forget about rrit.”

The video sparked mixed reactions from fans, while some applauded their love, some condemned her for allowing her husband do such while in public.”

Below are some reactions: 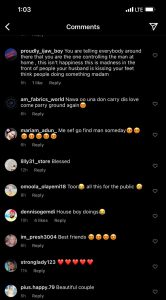 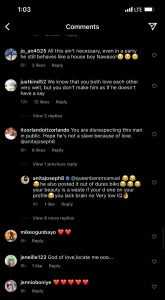 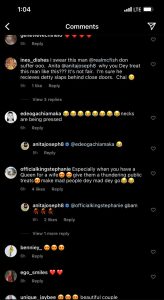 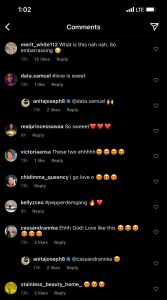