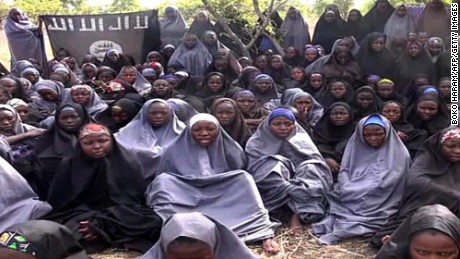 Members of the Bring Back Our Girls (BBOG) group are marking 2,000 days since the abduction of over 200 girls by the Boko Haram terrorist group in the Chibok community, Borno State.

The group is demanding the release of the remaining girls still held in the captivity of the terrorist group and also asking the Federal Government to make schools in the northeast safe.

In a statement, the group questioned the Federal Government’s efforts in the fight against Boko Haram and the increased rate of Kidnappings in the country.

It urged President Muhammadu Buhari and the Federal Government to live up to their responsibility in the protection of the lives and properties of its citizens.

Today, Saturday, October 5th 2019 marks 2,000 days since 276 schoolgirls were abducted from Government Girls’ Secondary School Chibok, Borno State, Nigeria by terrorists on the night of April 14, 2014. 57 girls escaped within days of the abduction while 219 remained in captivity.

Five years on, an additional 107 girls have returned: 4 of them as a result of Nigerian military interventions, 21 released in October 2016 after negotiations with their captors and a further 82 set free by the terrorist group in May 2017. 2,000 days later, 112 of the #ChibokGirls abducted during an evil attack on humanity are yet to return.

Over the past 2,000 days, our #ChibokGirls have been denied their fundamental rights to freedom, for simply seeking an education on the path of growth and fulfillment they have been forced to suffer unimaginable horrors by enemies of humanity.

Their families and communities have also borne severe hardships within a war that continues to destroy lives and impede human progress. This nightmare continues to be the shame of a Nation and an open sore of the world that threatens to become ingrained within the darkest parts of our collective history.

Amidst these tragic circumstances, the reality is one in which the #ChibokGirls are supposedly represented by a government that repeatedly fails in its primary responsibility of the protection of lives.

Disturbingly, the government appears to be at ease amidst the troubles of the land, only concerned about protecting a fake-reputation that offers its citizens no value. To highlight this, we note with heartbreaking dismay, the incapacity, apathy and failed leadership displayed by the President and the Federal Government in the wake of the abduction of 6 students and 2 staff members of Engravers College in Kaduna on the 3rd of October 2019. This continues a distressing pattern of a failure to secure, preserve and dignify the lives of citizens.

To this end, the students and staff of Engravers College join a number of citizens who remain missing – including Leah Sharibu, Alice Ngaddah, Grace Taku and her colleagues as well as many others. How can we have continued this way?

Through this all, we stand, keep the faith and hold out the light for our #ChibokGirls and all others in captivity. Today and until they return, we demand #BringBackOurGirls