The highest goal scorer at the 2014 FIFA U-20 Women’s World Cup Asisat Oshoala, has revealed the minimum and maximum salaries that some female Nigerian footballers get. 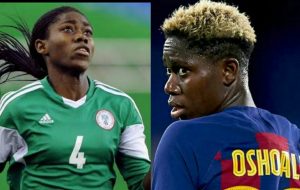 She made the comment on Saturday evening during an Instagram live chat with Channels Television, where she stated that this is happening because the government doesn’t give due attention to female football in Nigeria. 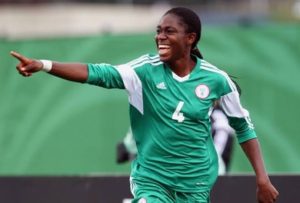 READ MORE: Wizkid May Be In Trouble For Saying This About Buhari

Assisat who won the BBC Women’s Footballer of the Year 2015 added: “I’d rather say: give us a standard coach for the next five years; and let the salary be constant and let the game bonus for my teammates be constant.

“And let us play a lot of friendly games as much as we can. And when we get to that level, we start discussing the next stage. It is something that has to be with a plan.”