The pressure on Arsenal manager Arsene Wenger continues to rise following their 10-2 aggregate humiliation against Bayern Munich in the Champions League, and fans want him out! 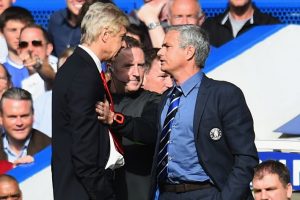 A large swathe of supporters participated in a protest prior to Tuesday’s game, with loud chants calling for the Frenchman to step down from the club he has managed since 1996.

The club were thumped 5-1 both home and away by the German giants, and one feels that Wenger simply must not lose this weekend, when Arsenal take on non-league Lincoln City in the FA Cup.

5 Foods Your Female Genitals Want You To Take

“If You Have 3 Cars And Your Pastor Is Trekking, Your Days Are Numbered” – Pastor