After losing out of the race to Gabon 2017, some Nigerians have been calling for the sacking of coach Samson Siasia as Super Eagles Coach as the country gears up to pick up one of Africa’s slot to the world cup Mundial in 2018.

Those that are making this call are bothered by the lack of tactics displayed by Siasia during the match against the Pharaos which cost nigeria the ticket to the 2017 nations’ cup.

When the question was posted on Nairaland.com by a football fan, that should Siasia continue as Eagle’s coach, the question was greeted with uproar as many football fanatics and critics believe he’s failed the nation on several occasions at the senior level and should be left to managed the dream team.

Here are some excerpts from the outrage.
He should go back to his U23….he’s a perennial failure in Senior football.

Soon, he’ll start bickering like Oliseh and Keshi after NFF fail to pay him as usual. We’re playing tough teams for the WCQ, we don’t need a specialist in failure coaching us with his horrendous line-up.

NFF can get a foreign coach or even give the job back to Amodu….siasia is not and will never be a senior team coach.

Another said: Why you dey ask this kain question naa??

I’m pained. I’m angry every time a coach has the right players to achieve something and he just blows it due to silly team selection and some tactical ineptitude!!!!!!! 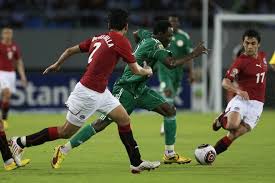 Now Siasia did it today.

Oliseh also did it. Keshi (towards the end of his era) did it.

Abeg… Siasia should just stick to the U-23 even beyond Rio….. even ahead of the 2020 Olympics.

The Super Eagles deserve the best… A coach who’s tactically sound and unafraid to field Top on-form super talents over some experienced dudes, a coach who won’t be sentimental, a coach who knows how to utilise the talents at our disposal at senior level.

Let Siasia remain with the U-23.

Manu’s silly mistakes still come to mind as always but let him grow through the U-17s/U-20s.

It’s ONLY AMUNEKE WHO’S YET TO “SOIL” HIS RISING REPUTATION AS COACH TACTICAL-WISE.

Let’s watch him with the U-20s. If…. If… And only if Amuneke grows through the U-20s and U-23s and still shows enough signs of being up there with the best of tacticians, then I see him as Super Eagles future head coach. BUT WE HAD THE SAME HIGH HOPES FOR SIASIA AND MANU GARBA. Time will tell but we can’t afford another mishap.

ABEG…. GIVE SUPER EAGLES THE BEST. THIS IS SO PAINFUL…

But I’ve lost some good amount of faith in local coaches. The little I have left, I guard strongly to maintain sanity in my posts on the battle of who we should go for…. Foreign vs local AND also in matters of football on the local scene.

We deserve the best…. *drops mic* 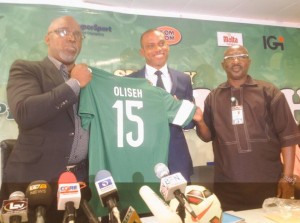 SACK THE HELL OUTTA THIS NFF…. SCOURGE THAT BODY AND REBRAND IT. THEY SIT RIGHT AT THE CENTRE OF OUR PRESENT FOOTBALL WOES……… Football’s “Kaduna Nzeogwu-act” loading

You can bicker about Kaduna’s hot sun and its bad pitch and how it played a huge part in our inability to get all 3 points in the first game all you want. You can
bicker about our very poor defence (in all honesty they are poor, but not the worst out there);
But to me the main reason why we fail to take at least 3 points over the 2 legs was Siasia’s very very poor team selection, especially in Alexandria.
Gosh, how the hell will any sane coach leave out 2 EXTREMELY talented youngsters in a must win match.
Iwobi, Iheanacho, Echiejile all needed to have started that game.
Siasia is not good enough; I genuinely hate to say that.
Swap these sets of players (i.e Hector Cuper to coach our boys and Siasia theirs) and this wouldn’t even be a contest.
However, to our esteem readers:  Do you think Samson Siasia should be sacked or be left with the Super Eagles to Qualify for the World Cup??. Let’s have your reaction pls.

Buhari Not Loyal To Nigeria, Will Retire To Niger Republic In 2023 – Ohanaeze Chieftain, Ibegbu