Nollywood actress Biodun Okeowo has taken to social media to cry out over her missing car and driver.

Devastated over the issue, Biodun Okeowo said she did not send her driver any errand, but he took her car out since morning without her knowledge.

According to Biodun Okeowo, she has not concluded that the driver had stolen the car, but have made a report at the police station.

READ ALSO: How I Was Almost Attacked At A Beach In Lagos – Tiwa Savage

In her words: Jamiu Abimbola has been missing since Morning with my car.… don’t even know what to write. I did not send him on errands. He took the car without my knowledge .

PS: KINDLY READ TO UNDERSTAND PLEASE. I SAID MISSING WITH MY CAR. I’VE NOT CONCLUDED HE STOLE IT. I DON’T KNOW WHAT HAPPENED YET.

I’VE MADE A REPORT AT THE POLICE STATION.BUT I KNOW WITH THE POWER OF SOCIAL MEDIA. SOMETHING COULD BE DONE.

In a post shared on her Instagram page, Biodun Okeowo said she’s not even wealthy, and where were those critics questioning her extravagant lifestyle when she was suffering and riding bikes.

Biodun Okeowo admitted that she is no longer into movie production full time, but it remains her first love, and she’s is not quitting 100% soon as she would still feature in a few great movies. 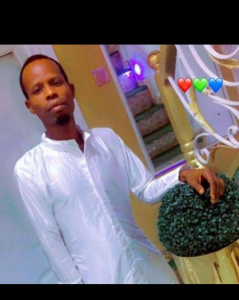