The former Gateway forward was diagnosed with a ruptured appendix before going under the knife.

According to a statement from Warriors, James, who was recently unveiled alongside other summer signings, fell ill shortly after completing his move.

“The former Gateway striker who was among the players unveiled by the club ahead of the new season feel ill immediately after the official unveiling ceremony and was later diagnosed to have had a ruptured appendix through a scan,” the club said in a statement. 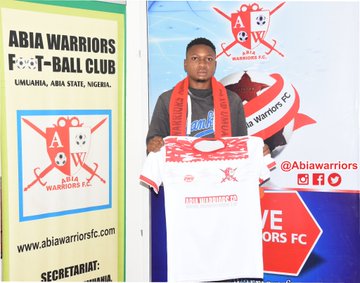 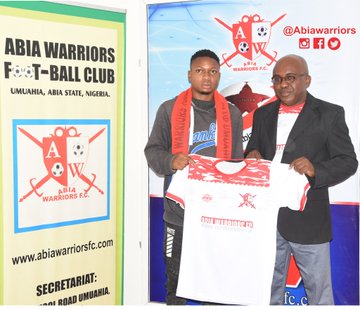 Abia Warriors Management swung into action immediately the result was reported by the team physician, the management ensured that the operation was conducted within 24hours to rescue the situation.”

With the operation now completed and successful, James has expressed gratitude to his new employers for giving him the best of treatments.

“The love and care the club [Abia Warriors] has shown me before and after my operation has really excited me,” the striker told the club website in an interview.

“The club has been footing my medical bills before and after my operation and have equally made sure I have the routine drugs that were prescribed by the doctors that will help quicken the healing process.”

Now recuperating and hoping to be back in time for the new season, James is keen to repay the Abia Warriors with goals as the Umuahia-based NPFL club is looking to mount a title challenge in the 2019/20 campaign.

Rema Has Message For Those Criticizing His Lyrics